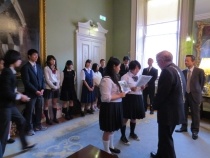 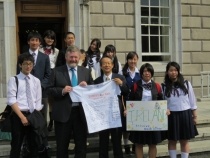 On 29 July, a group of 10 secondary school students from the Tohoku region staying in Ireland on a homestay programme organised by the Japanese charity “Support Our Kids” visited the Embassy and spoke about their experiences of the Great East Japan Earthquake. 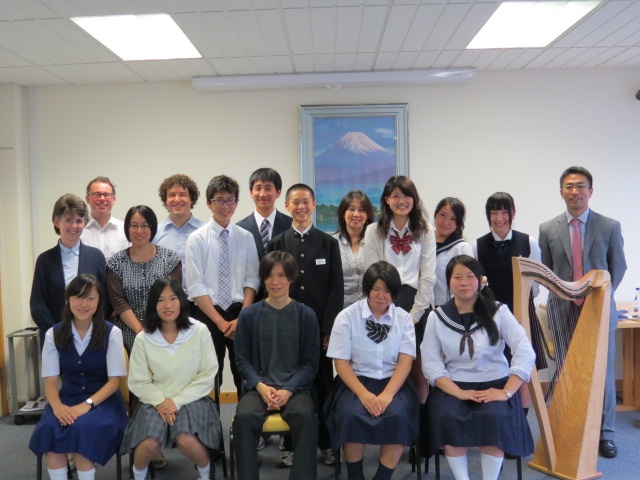 Accompanied by Ambassador Atsumi, the students met Cllr Christy Burke, the Lord Mayor of Dublin, at the Mansion House on 29 July, and they also met Dr James Reilly TD, Minister for Youth and Children, on 31 July. 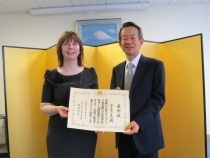 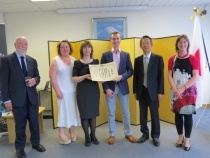 On 9 July, Mr. Chihiro Atsumi, Ambassador of Japan to Ireland, presented the Ambassador’s Commendation to acces>CINEMA, for its outstanding contribution to the deepening of mutual understanding and friendship between Japan and Ireland. Since 2008, access>CINEMA has worked with the Embassy to co-organise 6 editions of the Japanese Film Festival. 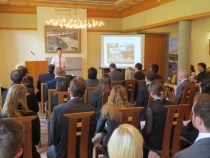 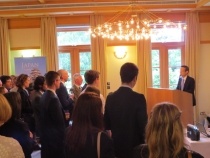 The Pre-departure orientation and farewell reception for new JET participants took place at the Ambassador's residence on 5 July.