High-Level Visits between Japan and Ireland 2006 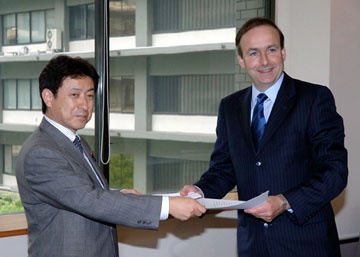 From the 25th to the 28th of June, a trade mission, in which 30 Irish companies were involved, led by Mr. Micheal Martin, T.D., Minister for Enterprise , Trade and Employment of Ireland, visited 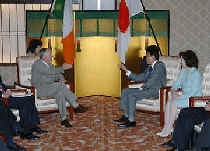 On 10 May, Foreign Ministers of Japan and Ireland, Mr. Taro Aso and Mr. Dermot Ahern, T.D. had bilateral talks and a working dinner in Tokyo. At the meeting, Mr. Ahern explained the current state of the Irish economy, and expressed his wish to strengthen further our bilateral economic ties. Mr. Aso, touching upon the cordial relationship between Japan and Ireland as well as our shared virtue of appreciating diligence, said Japan would like to cooperate with Ireland to continue promoting her economic ties with Ireland. At the meeting, Minister Ahern also expressed his hope that a working holiday system which is now under consideration between our two governments will be quickly introduced. In response, Minister Aso proposed that both governments should further work on this matter so that the system may be implemented from next year. Both Ministers also exchanged views on the recent situation in Asia and United Nations reform at the meeting. 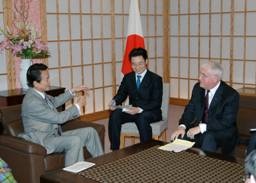 Mr. Dick Roche T.D., Minister for the Environment, Heritage and Local Government, visited Japan from 13th to 19th March to represent the Irish Government on the occasion of the St. Patrick’s Day celebrations in Japan . At the meeting held on 17th with Mr. Taro Aso, Minister for Foreign Affairs, Mr. Roche stated that the Irish Government regards Japan as an important partner in Asia in both the political and economic spheres and, after giving Mr. Aso a briefing on Ireland’s economic development in recent years, he expressed his wish to bring more Japanese direct investment to Ireland. Mr. Aso said he also would like to strengthen bilateral relations further. 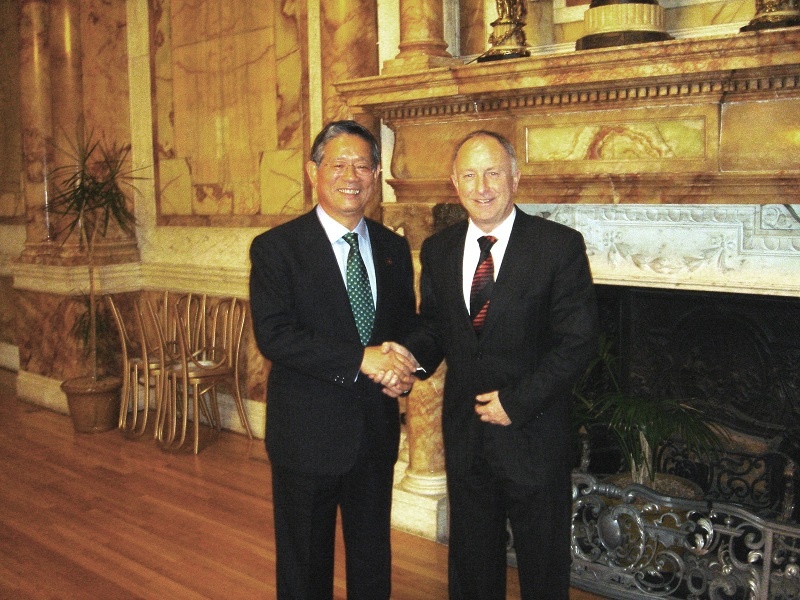