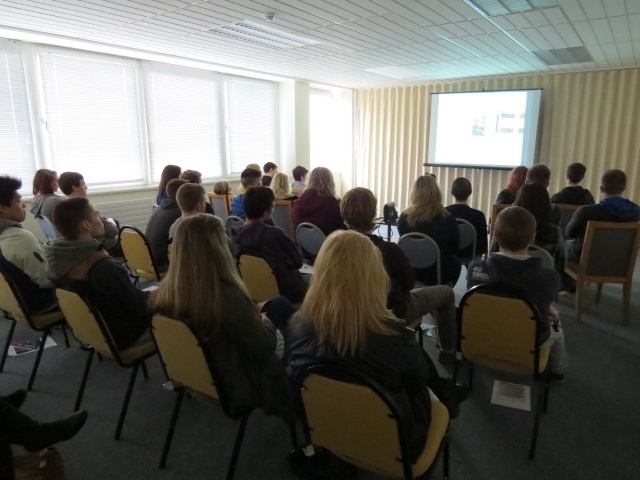 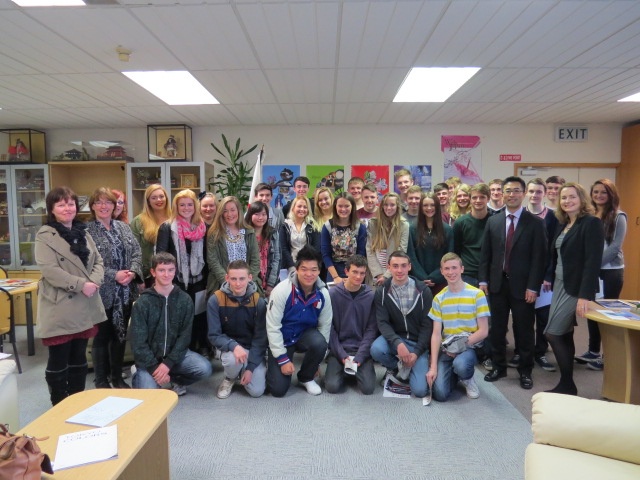 On 18 December 2013, 33 students from Gorey Community School attended screenings of the Japanese film "ROBO-G" and Japan Video Topics on Japanese martial arts at the Embassy of Japan in Ireland. 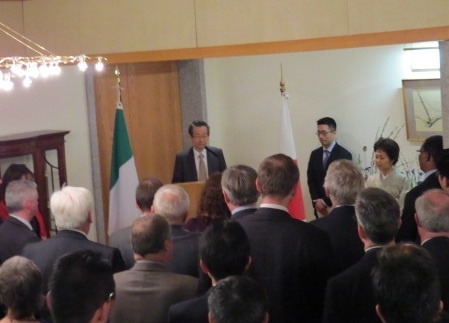 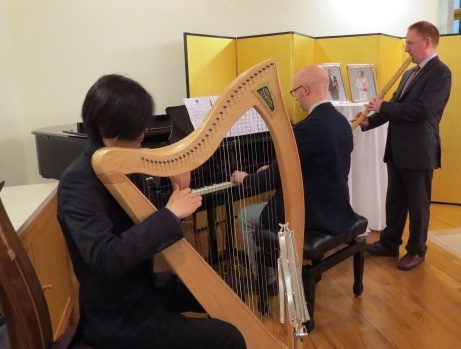 On 10 December 2013, a reception was held at the Ambassador's residence in honour of the 80th birthday of His Majesty the Emperor of Japan on 23 December.

The reception was attended by approximately 180 guests, including Mr Sean Barrett TD, Ceann Comhairle of Dail Eireann, Mr Pat Breen TD, Chairman, Joint Committee on Foreign Affairs and Trade. The national anthems of both countries were performed on the shakuhachi (bamboo flute) and piano by Irish musicians and on the Irish harp by a Japanese musician.

DVDs on the visits by Their Majesties the Emperor and Empress to the areas affected by the Great East Japan Earthquake, and on tourist attractions in Japan were screened at the reception, which was a very successful evening. 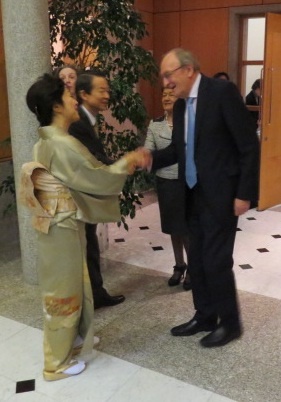