Japanese Ambassador’s Commendation presented to Ms. Barbara Geraghty at the University of Limerick 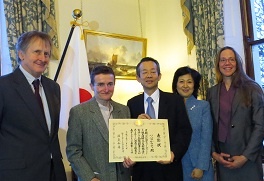 On 19 November 2013, Mr. Chihiro Atsumi, Ambassador of Japan to Ireland, presented the Ambassador’s Commendation to Ms. Barbara Geraghty, Lecturer, School of Languages, Literature, Culture and Communication, University of Limerick, for her outstanding contribution to the deepening of mutual understanding and friendship between Japan and Ireland.

Since 2000, Ms. Geraghty has been a lecturer in Japanese at the University of Limerick, as well as being involved in a wide range of activities aimed at expanding Japanese-language education in Ireland. Ms. Geraghty now plays a central role in Japanese-language education in Ireland, particularly in the western half of the country. 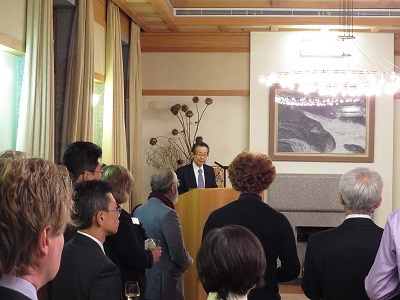 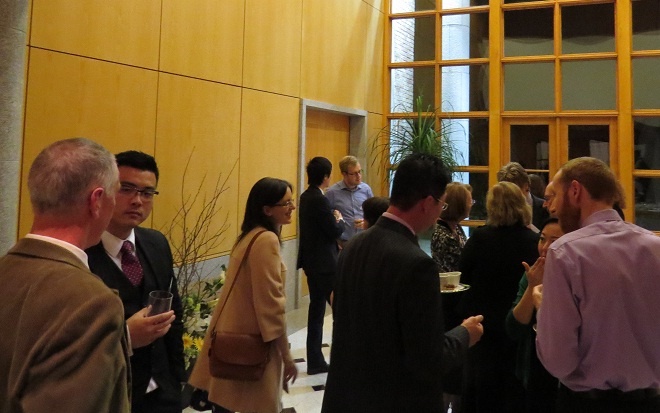 On 12 November 2013, a Welcome Home reception for JET returnees was held at the Ambassador's residence in Dublin. JET participants who returned to Ireland this year talked with other guests about their memorable and rewarding experiences in Japan.