The 50th Anniversary of the Establishment of Diplomatic Relations

The year 2007 coincides with the 50th anniversary of the establishment of diplomatic relations between Japan and Ireland. To celebrate this anniversary, a joint document signed by Mr. Taro Aso, Minister for Foreign Affairs of Japan, and Mr. Dermot Ahern, TD, Minister for Foreign Affairs of Ireland, was announced on Thursday 14 December 2006.The joint document demonstrates their determination to further consolidate bilateral political, economic and cultural ties, and also to promote mutual understanding by strengthening contact and exchange between both peoples. The Embassy of Japan here in Dublin is currently preparing for a series of commemorative events taking place in Ireland throughout 2007. The schedules of events will be found on "a list of commemorative events" on this website as planning progresses.

We, the Minister for Foreign Affairs of Japan and the Minister for Foreign Affairs of Ireland, welcome the 50th anniversary of the establishment of diplomatic relations between Japan and Ireland.Our two countries are united by shared values of democracy, human rights and the rule of law and, over the past fifty years, these fundamental values have formed the bedrock of an increasingly close relationship. The manifold contacts and links between Japan and Ireland extend further back in our shared history, but in the period since the opening of diplomatic relations on March 5, 1957 these links have grown and developed as Japanese and Irish people have deepened their understanding of each other through common endeavour and mutual exchange.

In 2007, the two countries pledge to renew this friendship through the promotion of contacts and exchange at all levels and in all areas between our two island nations. In particular, the two Governments undertake to work together in support of international peace and security through our shared membership of the United Nations and other international organisations. On the bilateral plane, Japan and Ireland agree to further deepen the political, economic and cultural relationship.

Recognizing that a deeper relationship will come about through greater exchange between our two peoples, the two Governments encourage Japanese and Irish men and women to contribute to the commemorative programme of events taking place in Japan and Ireland throughout 2007.

A list of commemorative events will be announced and reviewed regularly on our respective Embassy homepages.

Minister for Foreign Affairs of Japan

Minister for Foreign Affairs of Ireland

Logo for the 50th Anniversary 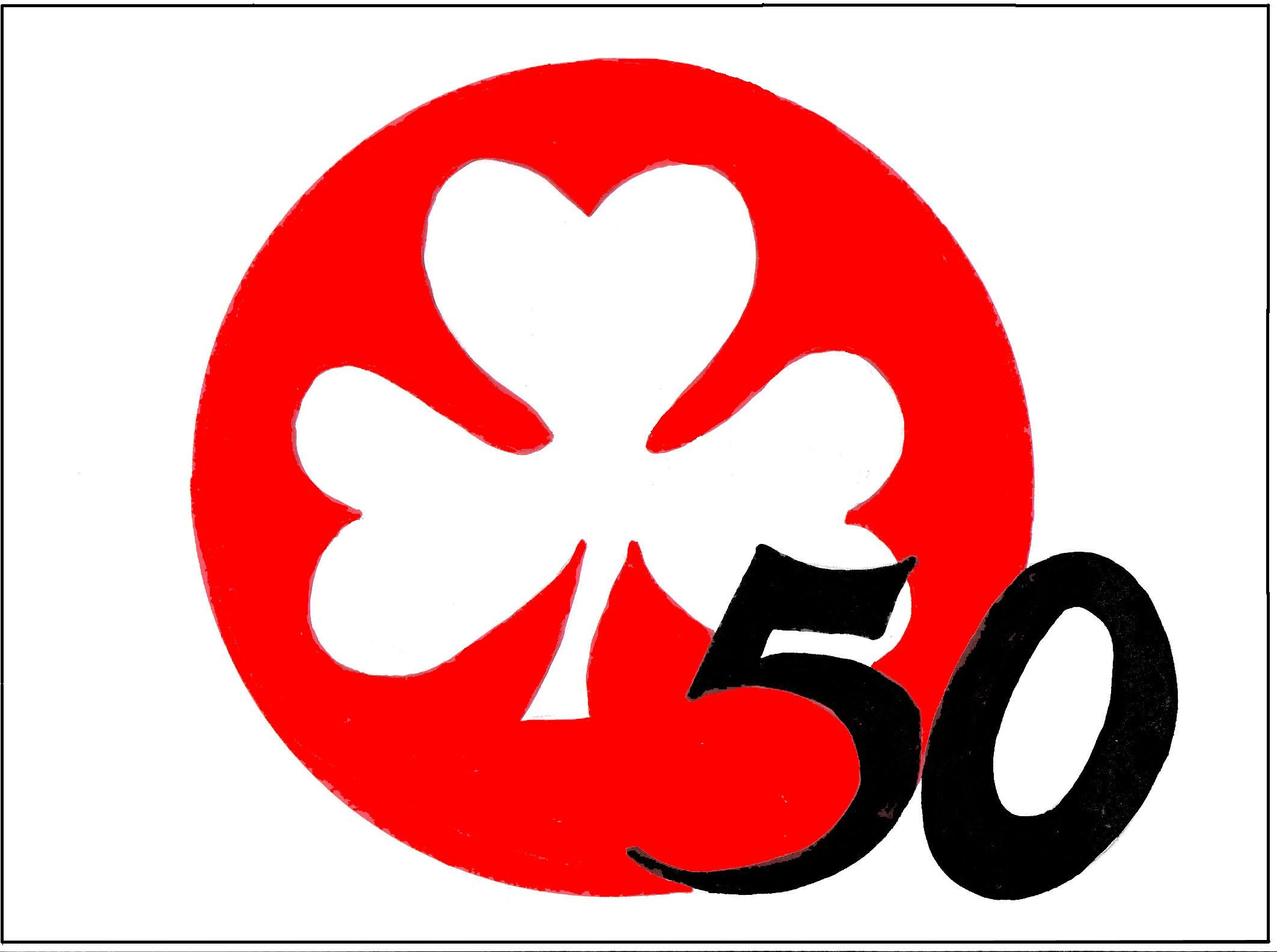 A Logo competition was held by the Ireland Japan Association (IJA) to celebrate the 50th anniversary of the establishment of diplomatic relations between Japan and Ireland. They received a lot of applications and as a result of a strict examination, Mr. Jim Halligan from Dublin was given first prize for the logo he created. The award was presented at the IJA annual ball held on 18th January

This logo will be used at various related events held in Ireland throughout 2007.