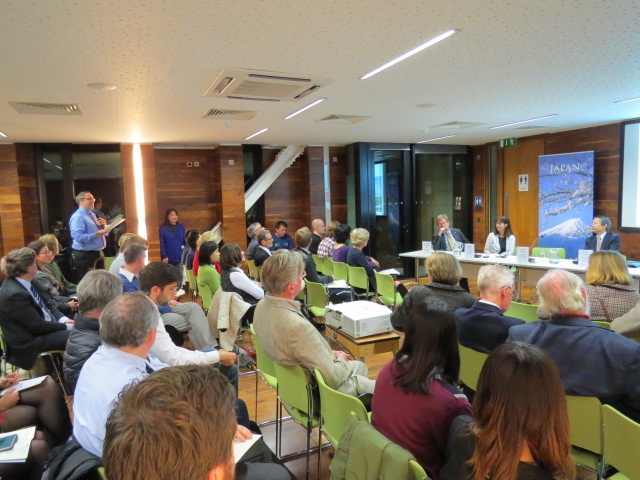 On 15 October, Ambassador Atsumi gave a lecture entitled “Japan in East Asia” at Trinity College Dublin. The lecture was attended by Dr Hussey, Vice-President for Global Relations, and Trinity College staff and students, as well as members of the Japanese and Irish business community, who all listened with great interest. 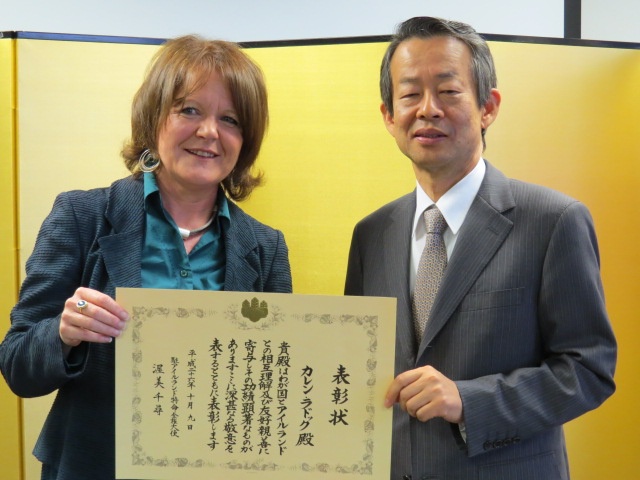 On 9 October, Ambassador Atsumi presented the Ambassador’s Commendation to Ms Karen Ruddock, National Co-ordinator of the PPLI, Department of Education and Skills, in recognition of her contribution to the deepening of mutual understanding and friendship between Japan and Ireland through Japanese-language education. From 1991 to 1994, Ms Ruddock taught English in Iwate Prefecture on the JET Programme, and then studied in Japan as a Japanese Government Scholarship student from 1996 to 1999. Since joining the PPLI in 2009, she has been involved in developing the teaching of a range of foreign languages, including Japanese. 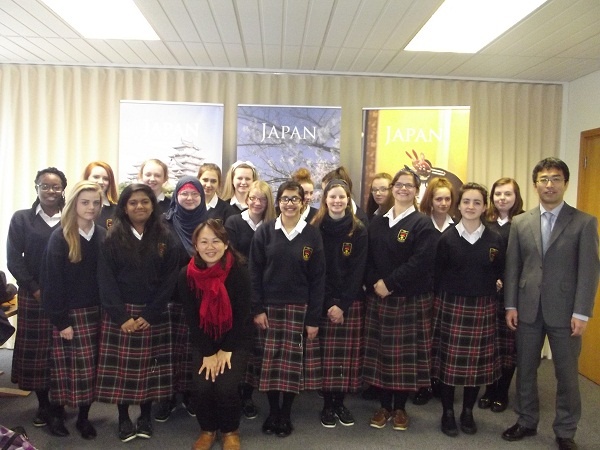 Screenings of the Japanese anime film The Garden of Words were held at the Embassy of Japan for students of Newpark Comprehensive School, Blackrock on 6 October, and students of St Joseph’s College, Lucan on 14 October.