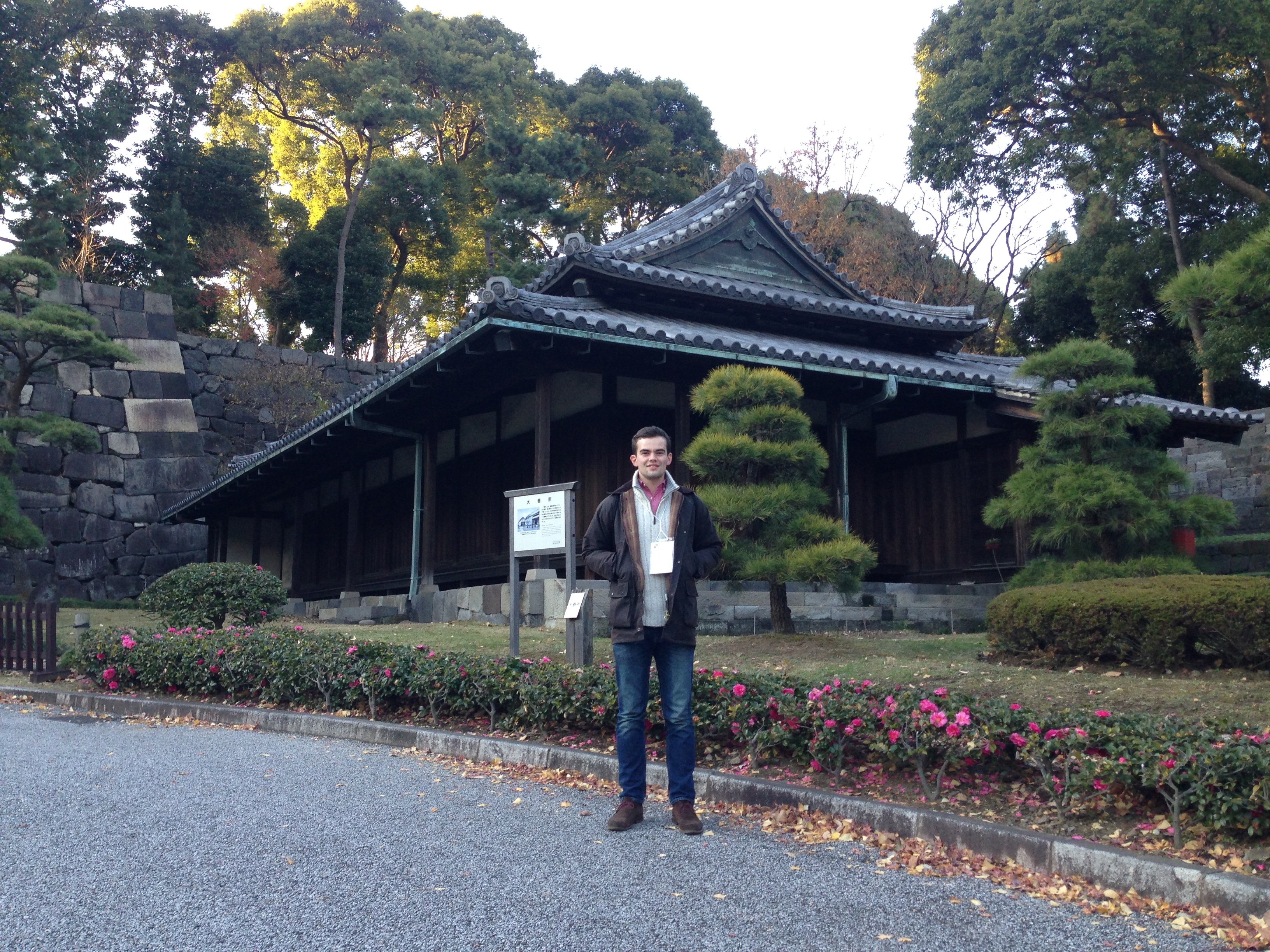 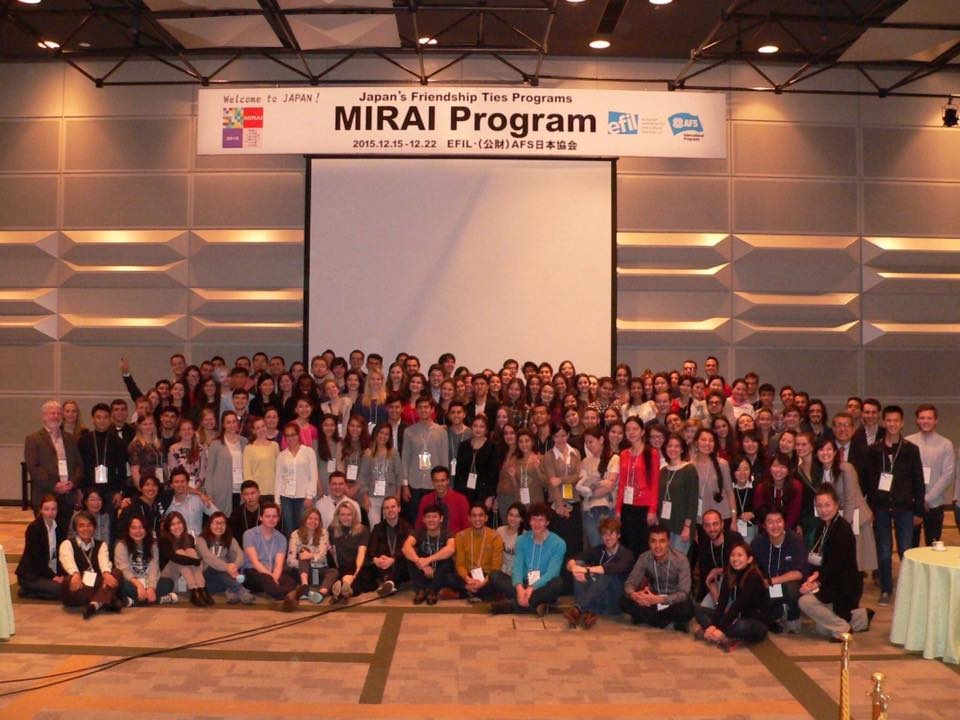 In December I was selected to represent Ireland and Trinity College at the first year of the MIRAI Program in Tokyo, which welcomed 150 students from European and Central Asian universities to spend a week in Japan, courtesy of the Japanese Ministry of Foreign Affairs (MOFA). The MIRAI Program is just one initiative launched by MOFA aimed at promoting cultural awareness among university students and enhancing mutual understanding between Japan and targeted countries. I first learned of the programme through a post on the Trinity Centre for Asian Studies’ Facebook page. I had previously visited Kyoto and Nagoya and was intrigued by Japanese culture so relished the opportunity to return to Japan. Japan had just agreed to the Trans Pacific Partnership and, having taken courses in International Trade Law, I wanted to learn about trade policy from a Japanese perspective.

Before departing for Tokyo I had to complete a number of online cultural competency modules and take part in a webinar with other participants which helped me to prepare for the trip. When I arrived in Tokyo I was immediately struck by how modern it is. Neon signs and vast billboards are pervasive, as are impeccably dressed businessmen and the busy bars and restaurants they frequent well into the early hours. Centrally-situated Shinto shrines that have stood the test of time, now dwarfed by office blocks, speak of strong traditional culture.

Under a densely-packed schedule, we were bussed around Tokyo to our various engagements. There was never a dull moment. The programme afforded us access to all manner of sites and spectacles not available to the tourists or the public, which included a tour of a Japanese mega corporation’s headquarters, stunning views over Tokyo from the 54th floor of the Roppongi Hills Mori Tower, a two-night homestay and a look inside the Japanese Ministry of Foreign Affairs. We also attended a day of lectures at Keio University where we all attended a lecture on geopolitics and modern Japan. Afterwards we had the option of choosing between politics, culture and economics streams. I chose economics and attended an interesting lecture on Abenomics and trade policy, followed by a lively Q&A session. We spent the evening eating hotpot on tatami mats with local students from the university. At the end of each day’s activities we took advantage of the brilliant metro system to explore Tokyo by ourselves, which was an invaluable way to get to learn more about the place, the people and the food.

Without exception I was astonished by the generosity of all the Japanese people I encountered throughout my experience. From the beautiful host family who put me up for two nights and brought me to a hot spring, to the undoubtedly busy metro-user with very little English who nevertheless took time out of his day to ensure I found my way, I was overwhelmed and even slightly embarrassed by the altruism I experienced. It made me think of the similarities and differences between our cultures, how Japan could be seen as more communitarian in its values than the relative individualism of Irish society. I can now say that I am more self-aware of my own culture having taken part.

The highlight for me was definitely getting to stay with a host family in Morioka, Iwate Prefecture. The group of 150 scattered to the winds of far-flung Prefectures spanning the length of Japan and three of us, a German, Kazakh and Irish travelled by Shinkansen to Morioka, where we met our host families and explored the locality. The Nagano family taught me more about Japanese customs than anyone else. Luckily for me they spoke excellent English, so communication was never an issue. The food and drink they gave me was delicious and they took me to an open-air hot spring (onsen), where the hot waters offered respite from the sub-zero temperatures of Northern Japan.

To me, the MIRAI Program was all about meeting new people, learning about Japanese culture and great food. An added bonus was getting to meet and make friends with people from Central Asian countries that I previously knew very little about. While some time has now passed since I was in Tokyo, the trip has left an indelible impression on me and I will never forget the politeness and warmth of the Japanese. It is impossible to sum up all the amazing opportunities I had in this short article about a week that passed too fast. But I would strongly encourage all Irish students with an interest in Japan to apply to participate next year. If given the opportunity, I would return in a heartbeat. 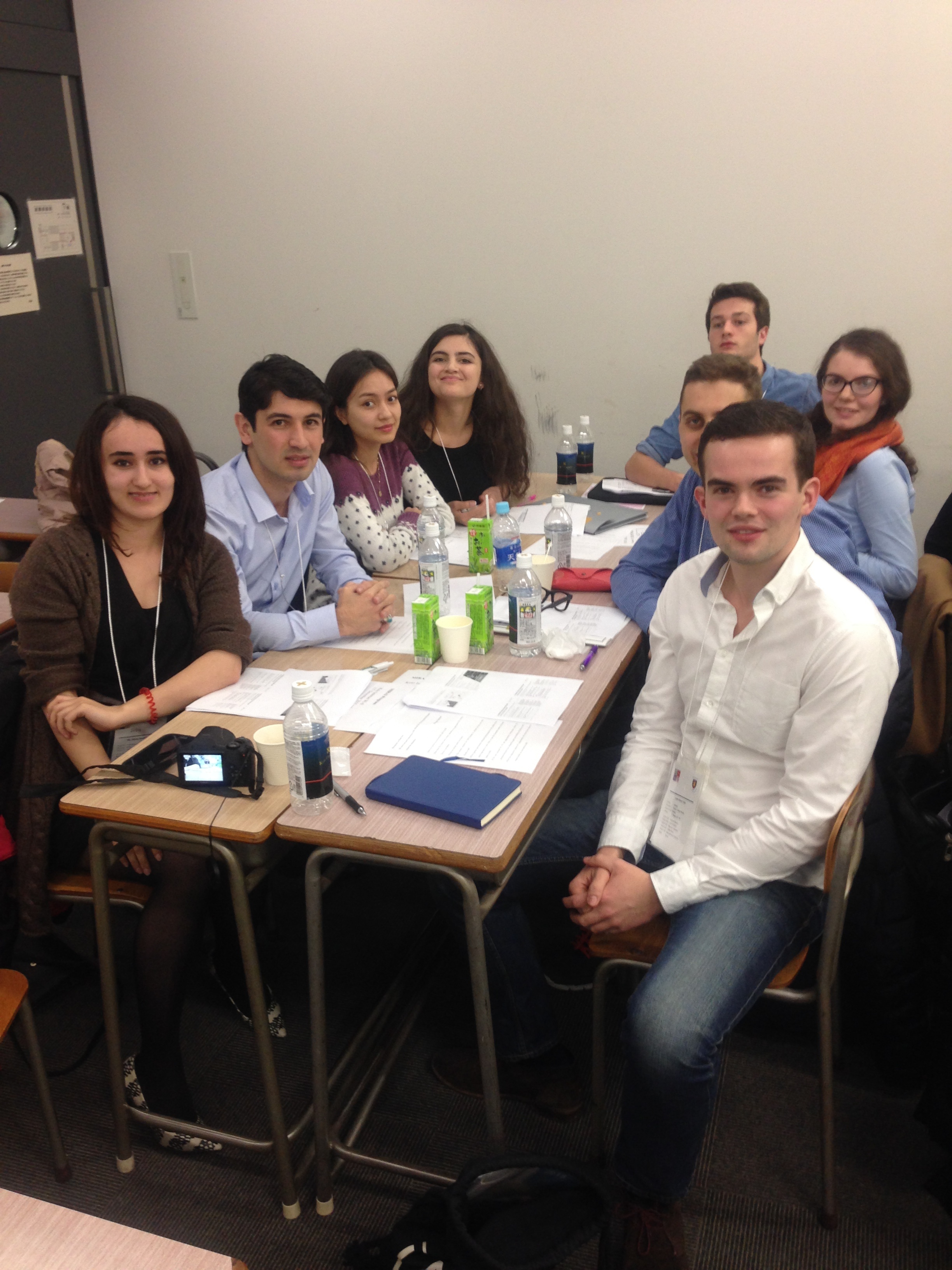