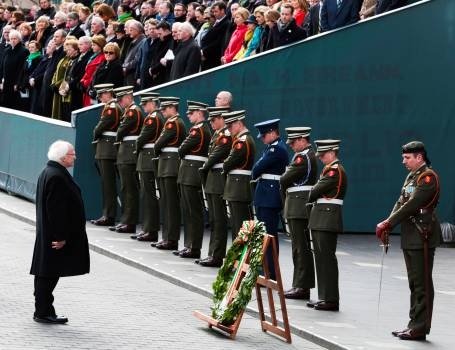 Ambassador Miyoshi attended the commemoration ceremony for the 100th anniversary of the Easter Rising, which was held at the General Post Office (GPO) which was the stage for the Rising one hundred years ago. President Higgins, Taoiseach Kenny, government ministers, former presidents and members of the diplomatic corps looked on as the ceremony was performed with the reading of the “Proclamation of Independence”, wreath laying by the President, a minute of silence, the playing of the national anthem and a parade. 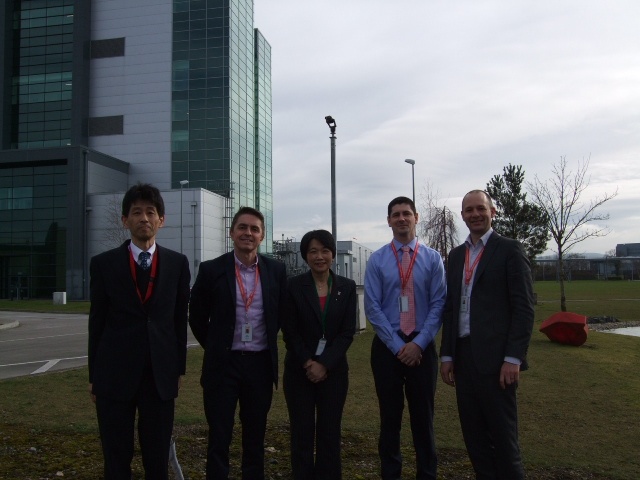 Ambassador Miyoshi paid a visit to Takeda Ireland’s pharmaceutical production facility at Grange Castle which has been in operation in Ireland since 1997. 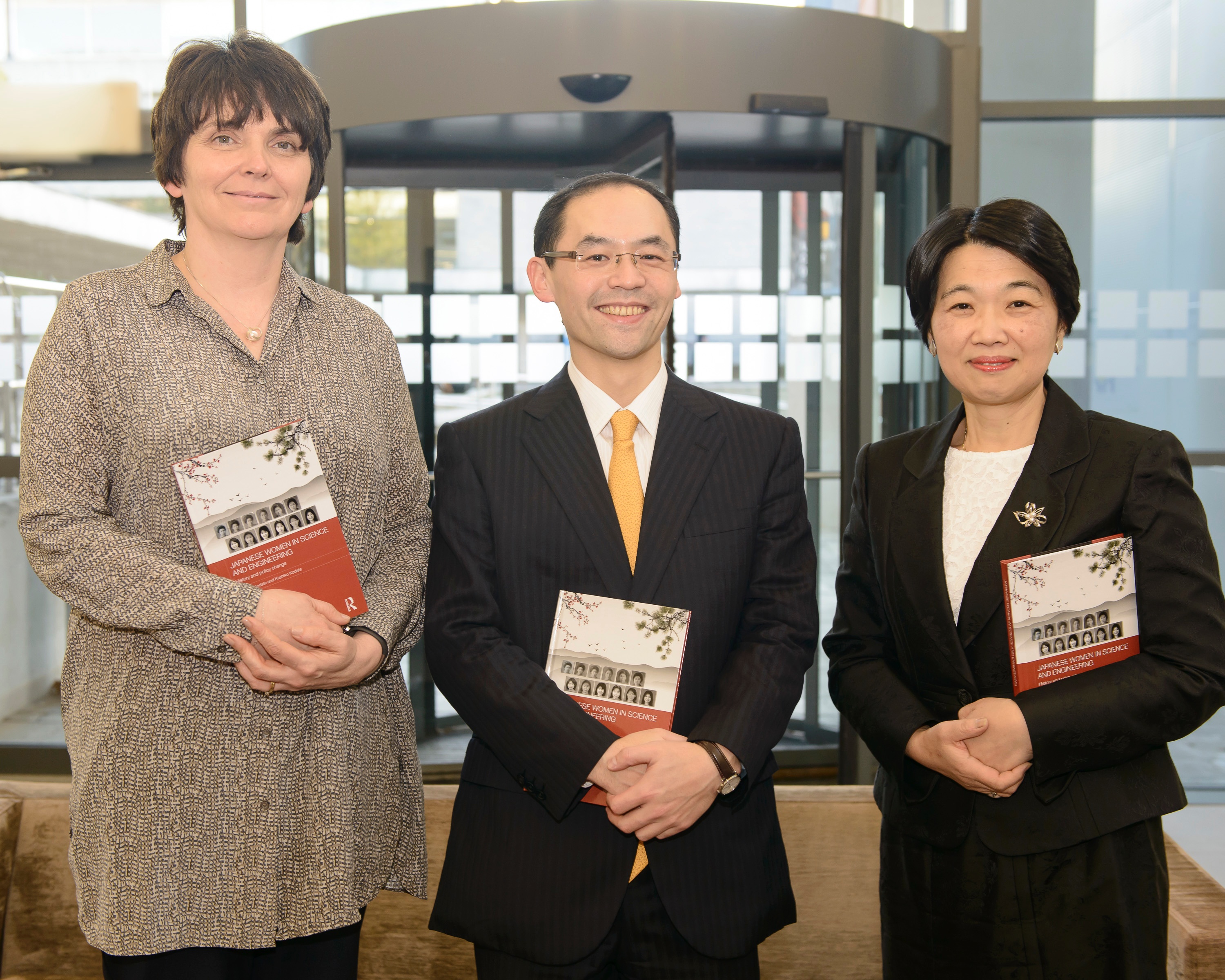 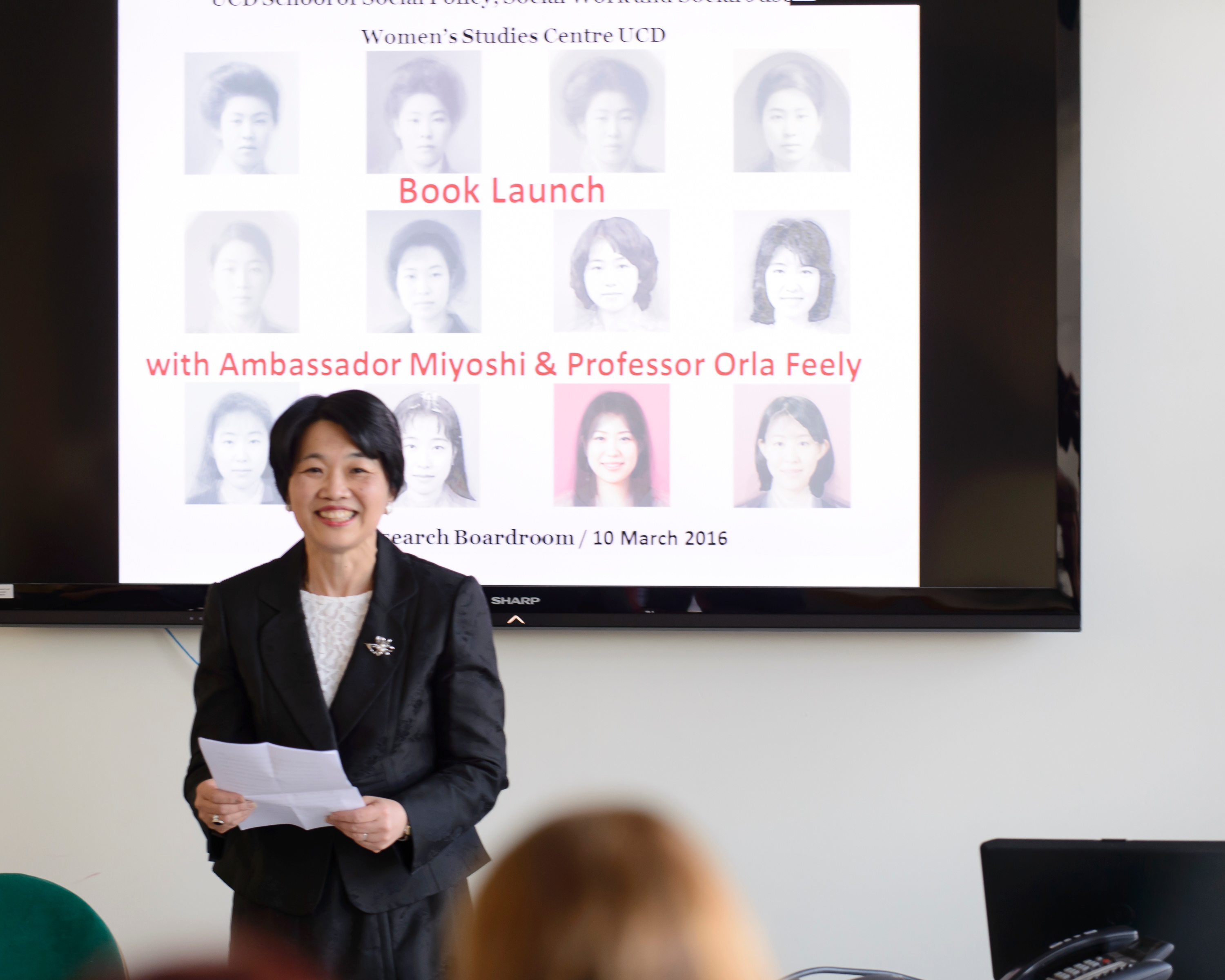 A book launch event for a book co-written by Dr. Naonori Kodate of University College Dublin (UCD) and his mother (Dr. Kashiko Kodate) was held and UCD Vice-President Orla Feely (herself a scientist) and Ambassador Miyoshi both made speeches. 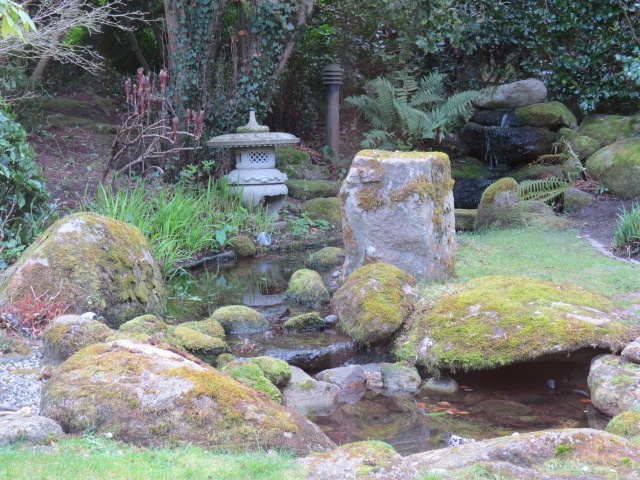 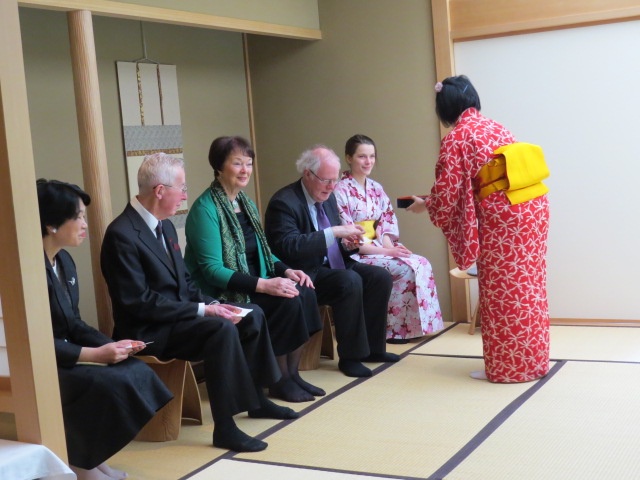 For the first time in a long while, a tea ceremony was held at the Ambassador’s official residence to mark the arrival of spring. The invited Irish guests enjoyed themselves immensely. 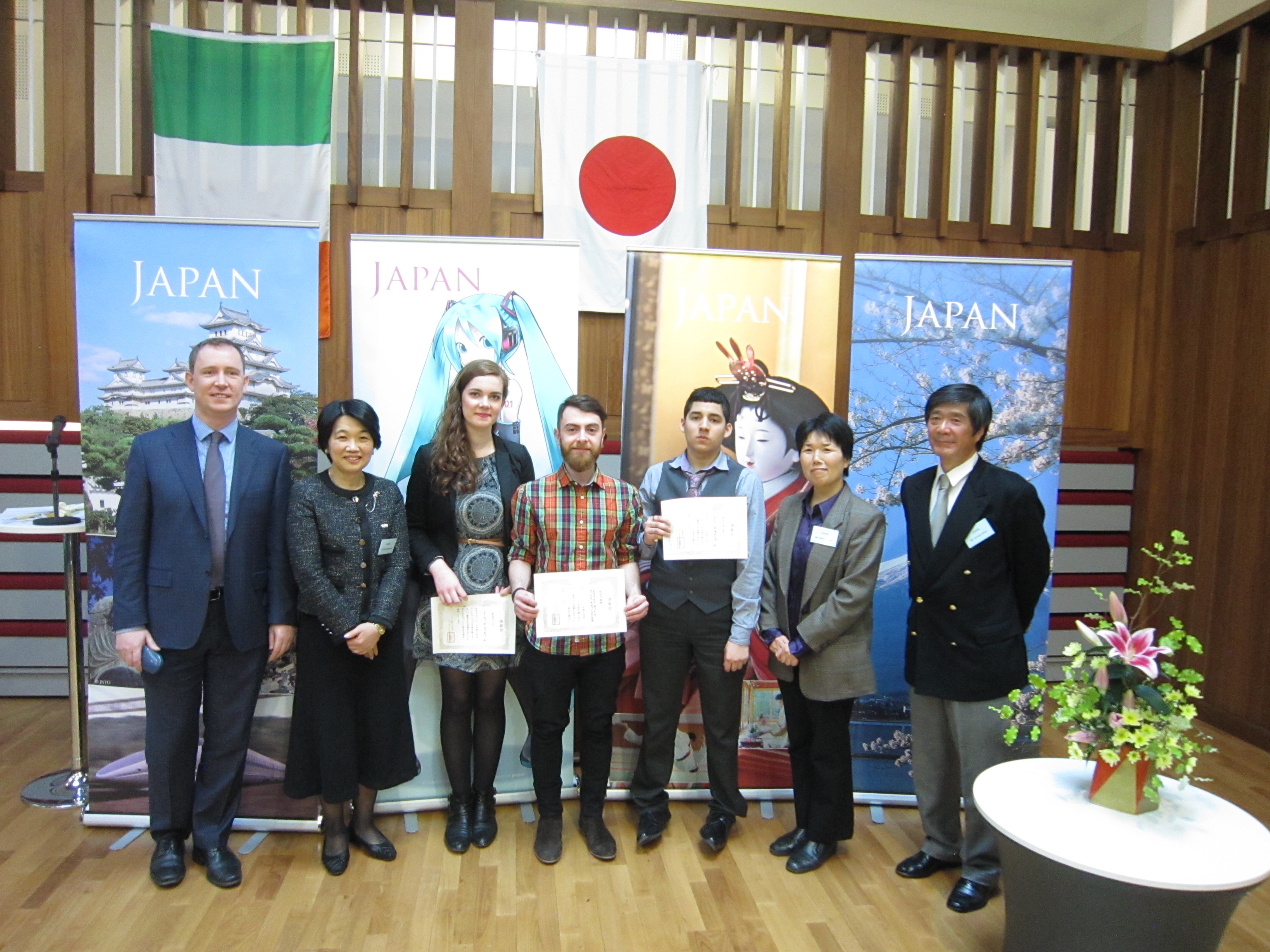 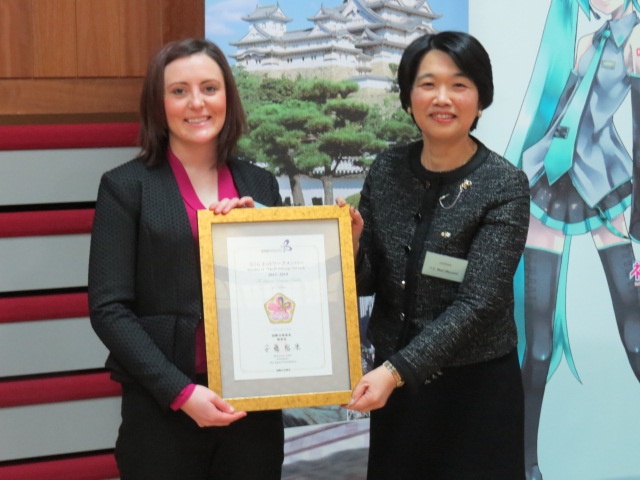 Ambassador Miyoshi paid a courtesy call on Professor Brian MacCraith, President of Dublin City University (DCU), and had discussions with him. This university, as well as being only one of two universities in Ireland with a Japanese language department (the other being the University of Limerick) and having approximately 100 Irish students, is also actively involved in exchange with around 30 students from Japan studying there full-time. 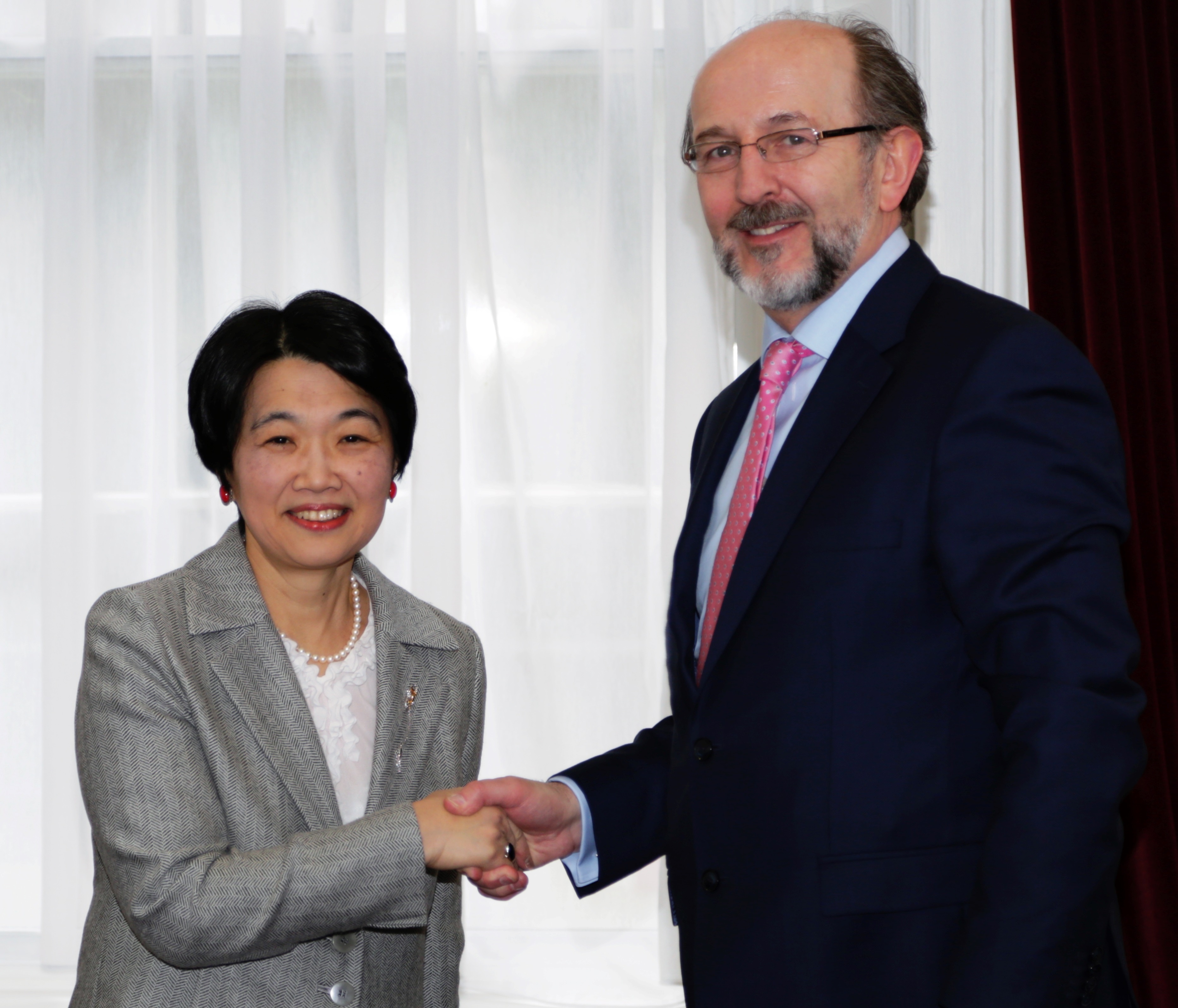 The 14th Japanese Speech Contest, organised by the Japanese Language Teachers of Ireland (JLTI), was held at University College Dublin (UCD). There are currently 3,200 students learning Japanese in Ireland (an increase of 14% compared to three years ago). The winners in each of the categories, Secondary School Beginner, Secondary School Intermediate and General, each gave excellent speeches. To coincide with the contest, Ms. Roisin McGowan, Chairperson of JLTI, was awarded with Japan Foundation “Sakura Network Member” certification.