From 26 February until 4 March, Charles Flanagan T.D., Minister for Foreign Affairs and Trade of Ireland, visited Japan for the first time as a guest of the Ministry of Foreign Affairs and during his stay he had a working dinner with Fumio Kishida, Minister for Foreign Affairs of Japan. In this year with the ongoing celebrations to mark the 60th anniversary of the establishment of diplomatic relations between Japan and Ireland and with the realisation of this visit following Minister Kishida’s visit to Ireland in January, a strengthening of bilateral relations is expected to gain momentum. Ambassador Miyoshi accompanied Minister Flanagan on his visit to Hiroshima and his stay in Tokyo. 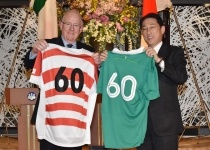 The opening ceremony for “Surimono – The Art of Friendship” exhibition of woodblock prints, etc. took place at the Chester Beatty Library during which Ambassador Miyoshi made a speech. The exhibition is scheduled to continue until 27 August. 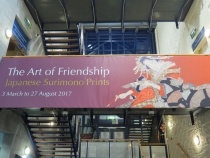 “Maths Counts 2017” was held at Maynooth University and Richard Bruton, Minister for Education and Skills, and Midori Yamamitsu, Counsellor and Deputy Head of Mission, made speeches. From Japan, Dr. Akihiko Takahashi, Professor at Tokyo Gakugei University, gave a live lesson on teaching methods for maths. Japan’s system of maths education is being watched closely in Ireland and over 400 maths educators from across the country were in attendance. The following week at University College Dublin (UCD) a similar seminar was held.

Tanka poet Hisa Kagawa visited Ireland for the ninth time and held reading at University College Cork (UCC), Charlie Byrne’s bookshop in Galway and Dublin City University (UCC). On the final day at the Chester Beatty Library, a joint event in cooperation with the Irish Haiku Society and the Dublin Kitsuke Society featuring tanka, haiku and a kimono demonstration was held. 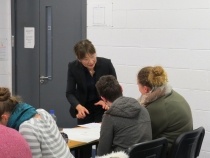 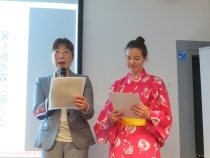 The 15th Japanese Speech Contest in Ireland, organised by the Japanese Language Teachers of Ireland (JLTI) and the Embassy of Japan, was held. In recognition of the many years of contribution to the promotion of the Japanese language in Ireland, Ambassador Miyoshi also presented the JLTI with the Ambassador’s Commendation. In addition, two senior high school students, who were winners of the 50th Youth Recitation Contest in Honour of Lafcadio Hearn held in Matsue City, travelled from Matsue City and presented speeches with great enthusiasm. 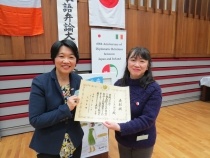 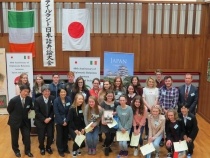 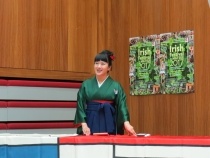 A Tohoku sake networking event was held at the Ambassador’s residence. On the sixth anniversary of the Great East Japan Earthquake and Tsunami, it was a good opportunity to report on the current situation of recovery in the affected areas as well as to introduce Tohoku sake while reiterating appreciation for Irish support following the disaster. 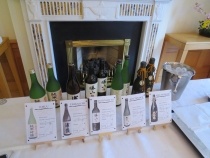 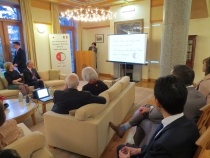 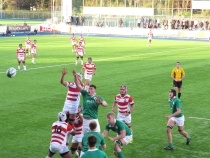 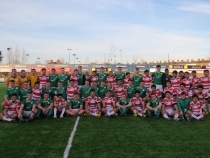 A lecture about robots by robotics manufacturer Muscle Corporation entitled “When Robots Meet Art: Talk & Demonstration”, organized by University College Dublin (UCD), was held with many Irish people with an interest in Japanese science technology in attendance. 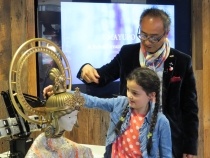 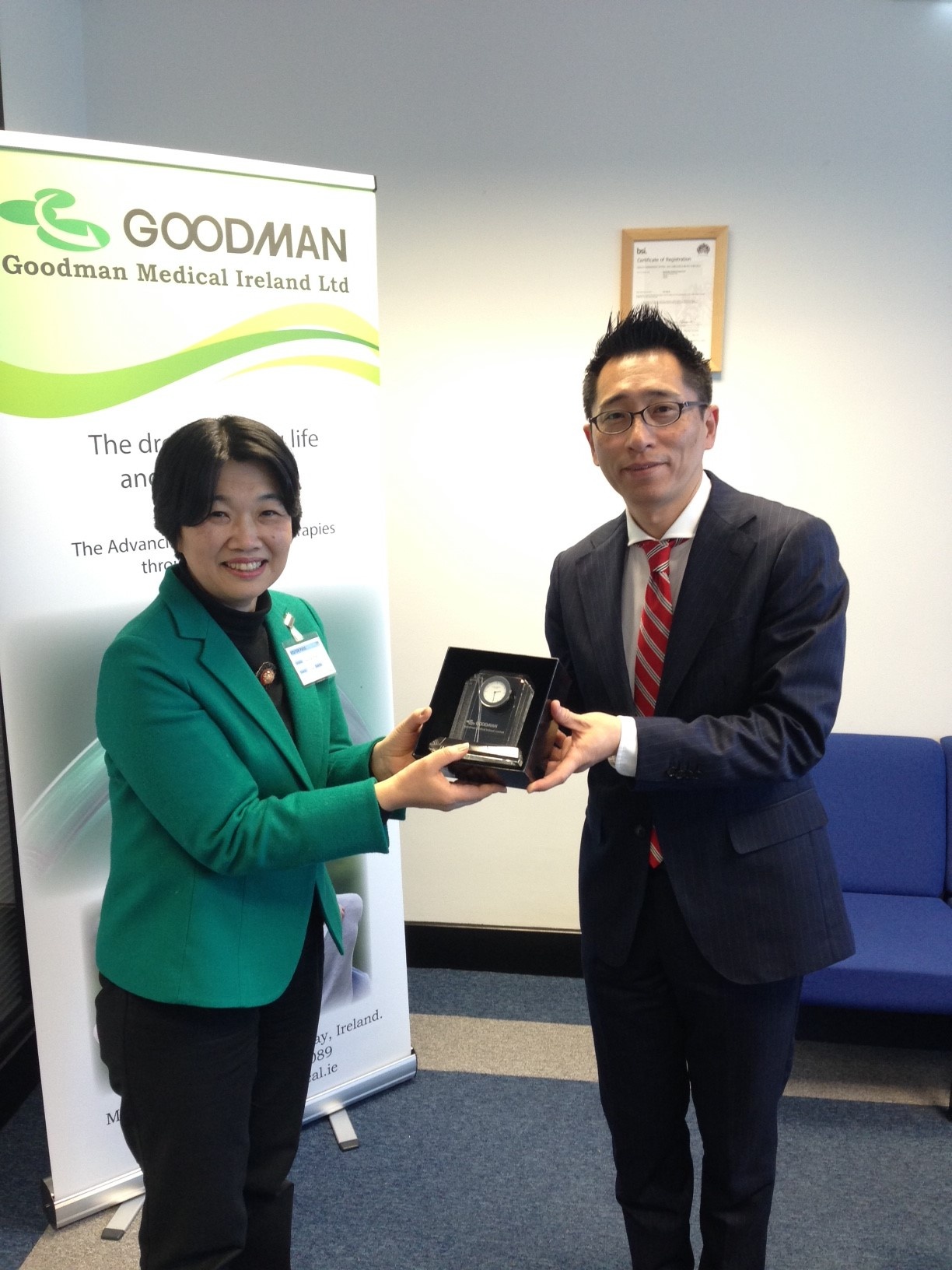 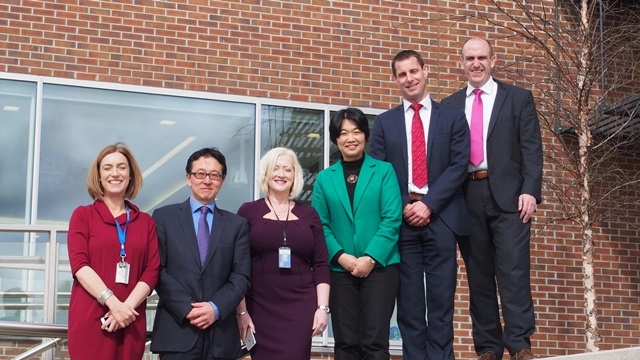 30 March – Opening of “The Shadow of Sodeisha” Japanese Ceramics Exhibition 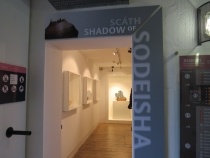 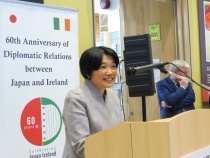 31 March – Ambassador Miyoshi’s Visit to Galway
Ambassador Miyoshi travelled Galway where, in addition to visiting two companies with connections to Japan and involved in the manufacturing of medical devices, she exchanged views with members of the Galway Chamber of Commerce.