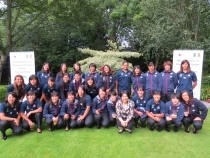 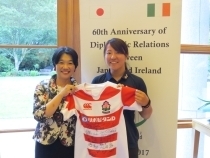 Ambassador Miyoshi attended the opening of the third “The World of Japanese Picture Stories” Symposium at the Chester Beatty Library. 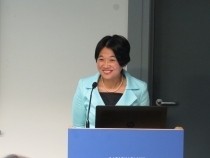 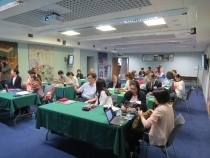 Ambassador Miyoshi invited the Japanese Women’s team for the 2017 Rugby World Cup hosted in Ireland and other guests to a pre-tournament reception at her official residence. She also attended their matches against Ireland (13 August) and Australia (17 August) to cheer them on. 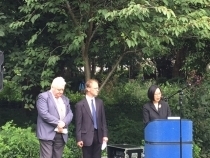 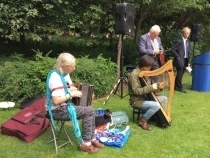 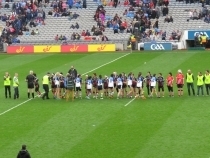 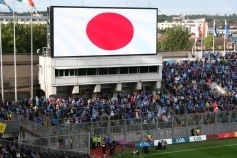 On 6 August, the anniversary of the Hiroshima atomic bombing, a ceremony to commemorate the victims was held in Merrion Square Park in Dublin. Ms. Midori Yamamitsu, Counsellor and Deputy Head of Mission, attended and made a speech. 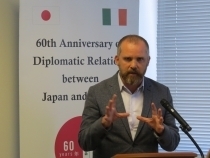 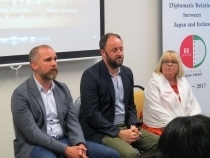 During their visit to Ireland, a group of five children from areas affected by the 2011 Great East Japan Earthquake paid courtesy calls on Mr. Charles Flanagan TD, Minister for Justice and Equality, Cllr. Mícheál MacDonncha, Lord Mayor of Dublin and Ambassador Miyoshi and gave presentations on the recovery efforts from the disaster. 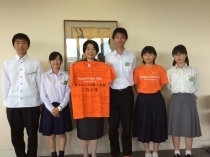 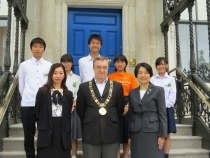 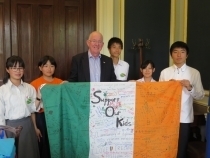 9 August – “A Doctor’s Sword” Screening
On 9 August, the anniversary of the Nagasaki atomic bombing, a screening of “A Doctor’s Sword”, the story of Irishman and British army doctor Dr. Aidan MacCarthy who survived while also tending to bombing victims in Nagasaki, was held in the Embassy’s multi-purpose hall. A question and answer session with the film’s producer, director and Air Commodore MacCarthy’s eldest daughter also took place. 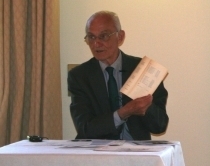 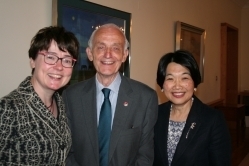 Ambassador Miyoshi attended and gave a speech at the opening of the “Hi! Fashion” exhibition in Kilkenny, which was sponsored by the Japan Foundation and part of the Kilkenny Arts Festival programme. The exhibition will be on view in Kilkenny until 12 November and then is scheduled to be displayed at Farmleigh in Dublin from 1 December until 29 April 2018.

A lecture by Fr. Donal Doyle (recipient of the Japanese Order of the Sacred Treasure Gold Rays with Neck Ribbon in 2003 and of the 2015 Business and Education Presidential Distinguished Services Awards), who will shortly be celebrating his 60th anniversary of living in Japan, took place at Ambassador Miyoshi’s official residence. Those in attendance were enthralled by his talk on his experiences. 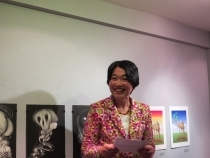 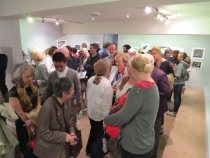 Ambassador Miyoshi attended the opening of “Shotai” Lithograph exhibition at SO Fine Art Editions in Dublin and gave a speech. The exhibition is scheduled to run until 23 September.