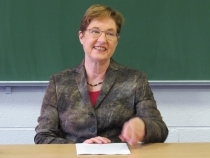 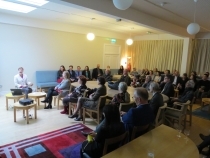 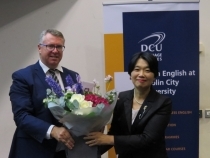 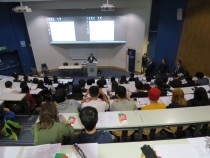 The funeral of former Taoiseach Liam Cosgrave, who died on 4 October at the age of 97, was held at a church in Dublin and attended by Ambassador Miyoshi.  The former Taoiseach was Minister for External Affairs when diplomatic relations were established between Japan and Ireland, and attended the opening event of the 50th anniversary. 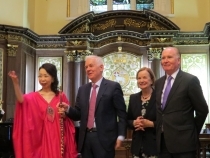 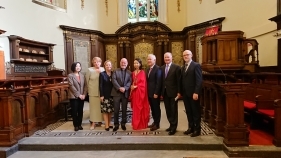 10 October – performance of “Her Voice”

Ambassador Miyoshi and the entire audience enjoyed the performance of "Her Voice" by Kamome-za, held at the Samuel Beckett Theatre as part of the Dublin Theatre Festival.

A flute concert by Ms Yoko Owada was held at St Ann’s Church. 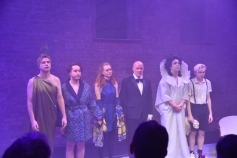