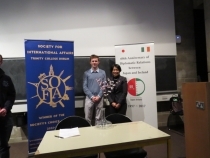 Co-hosted by the Embassy and the Council of Local Authorities for International Relations (CLAIR), the JET Programme 30th Anniversary Reception and Career Seminar was held at a Dublin hotel. It was an enjoyable and meaningful evening for the many guests in attendance, who included former JET participants and members of the Japanese business community. 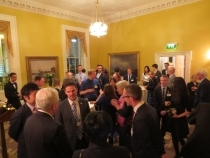 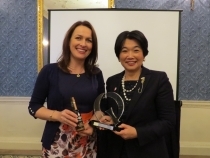 At the invitation of the Trinity College Society For International Affairs (SOFIA), Ambassador Miyoshi gave a talk on issues regarding Japan’s activities with the United Nations. Approximately 40 students listened with great interest, and the lecture was followed by a lively question and answer session with Ambassador Miyoshi.

Ambassador Miyoshi attended the official opening in DIT Grangegorman of the Japanese company TOPCON’s new state-of-the-art Vision Science Laboratory. This new technology is expected to facilitate significant eye health research and the fight against myopia in developing countries in the years ahead. 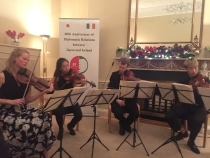 The Embassy hosted the ‘Japan Business Seminar: Brexit and the Japan-EU Economic Partnership Agreement’ at a hotel in Dublin, and it was attended by approximately 100 Japanese and Irish members of the business community. 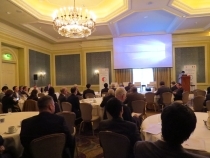 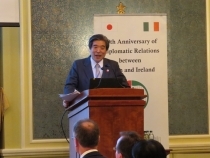 A concert by the Prades Sextet, co-hosted by the Ireland Japan Association and Ozaki Associates, was held in Dublin and greatly appreciated by the audience. 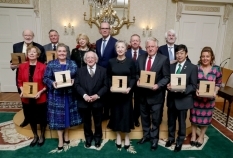 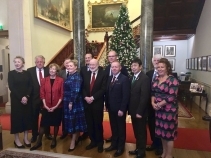 At the ceremony for the Presidential Distinguished Service Award for the Irish Abroad held at Áras an Uachtaráin, President Higgins presented awards to 10 people, including Japanese national Hideki Mimura. Ambassador Miyoshi also attended the ceremony. Following the award presented in 2015 to Father Donal Doyle, Emeritus Professor at Sophia University, this is the second time someone from Japan has received this award. 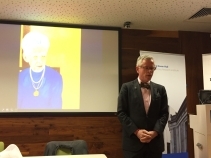 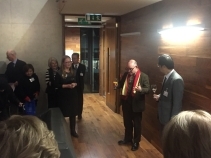 Co-organised by the Trinity Centre for Asian Studies and Osaka University, the Joint International Symposium 'Japanese Studies in a global context: The art of friendship' was held at Trinity College. A total of 14 noted academics from both Japan and Ireland spoke on key aspects of Japanese Studies.