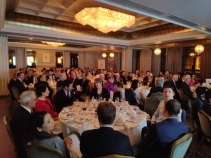 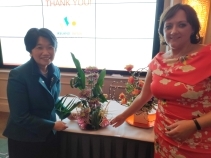 The Ireland Japan Association (IJA) annual dinner was held at a Dublin hotel and, with the Rugby World Cup taking place this year in Japan, the guest of honour Mr. Mark Egan, Head of Competitions and Performance, World Rugby, gave an interesting speech on Japan and rugby. 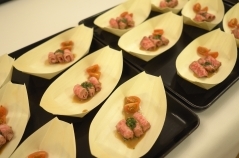 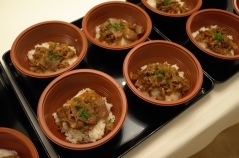 In cooperation with ZEN-NOH International Europe, a workshop and seminar to promote wagyu beef took place at the Ambassador’s residence. Thanks to the Japan-EU EPA entering into force on 1 February, the wagyu beef from Japan served was tariff-free and the invited guests enjoyed the fragrant scent, texture and sweet flavour of the meat. 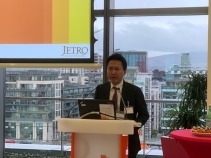 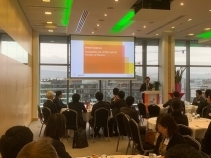 In Dublin, a seminar about the withdrawal of the United Kingdom from the European Union was organised by JETRO London for Japanese residents and Embassy staff members also attended. 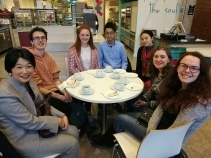 Ambassador Miyoshi attended the University of Limerick Japan lecture series currently taking place and, along with students and university staff members, watched a screening of “A Doctor’s Sword”, the story of Dr Aidan MacCarthy, an Irishman and British army doctor who survived and tended to victims of the Nagasaki atomic bombing. Mr. Bob Jackson, the film’s producer, was also in attendance and participated in a question and answer session.