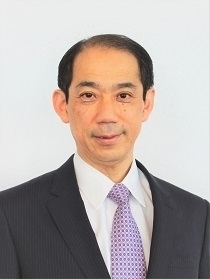 My name is Mitsuru Kitano. I arrived in Dublin on 28 August with a great sense of anticipation about working here in Ireland, a country with rich nature, a vibrant economy and warm-hearted people.

On 13 September, I presented my credentials to H.E. Mr Michael D. Higgins, President of Ireland, and started my activities as Ambassador Extraordinary and Plenipotentiary of Japan to Ireland. I would like to move forward with you to further develop and strengthen the friendly relations between our countries.

Japan and Ireland share fundamental values ​​and I am firmly convinced that our collaboration will bring about mutual benefits. In making my best efforts to develop bilateral relations, I am encouraged to see positive aspects as follows.

The first is the Rugby World Cup soon to be held in Japan. I will cheer for the Irish national team, which is now top of the world ranking, as well as the Japanese national team. Approximately 30,000 Irish people are anticipated to visit Japan during this period, and we expect this opportunity to further enhance people-to-people exchanges between our two countries. I also have some experience playing rugby when I was a student, and I am happy to arrive in time for this major event.

The second is Ireland’s high level of interest in Japan. As indicated in the vision of “Global Footprint 2025” and the construction of “Ireland House” in Tokyo, I sense a strong motivation, on the part of Ireland, to strengthen relations with Japan.

In addition, it is expected that economic relations between Japan and Ireland will be further promoted by the entry into force of the Japan-EU Economic Partnership Agreement on 1 February this year. I believe that more high quality products, including fish and seafood, will be exported from Ireland to Japan than ever before. At the same time, I would like to provide appropriate supports to an increasing number of Japanese companies and citizens in Ireland in response to the favourable growth of the Irish economy as well.

Of course, there are also some challenges. One of these is BREXIT, with the withdrawal deadline coming on 31 October. The Government of Japan also hopes that the impact of BREXIT will be minimised. I am watching the situation closely from that standpoint.

Europe is currently experiencing major changes, and wishing that our two countries will continue to have excellent relations, I intend to engage in exchange in a wide variety of areas. I would be grateful for your support and cooperation.