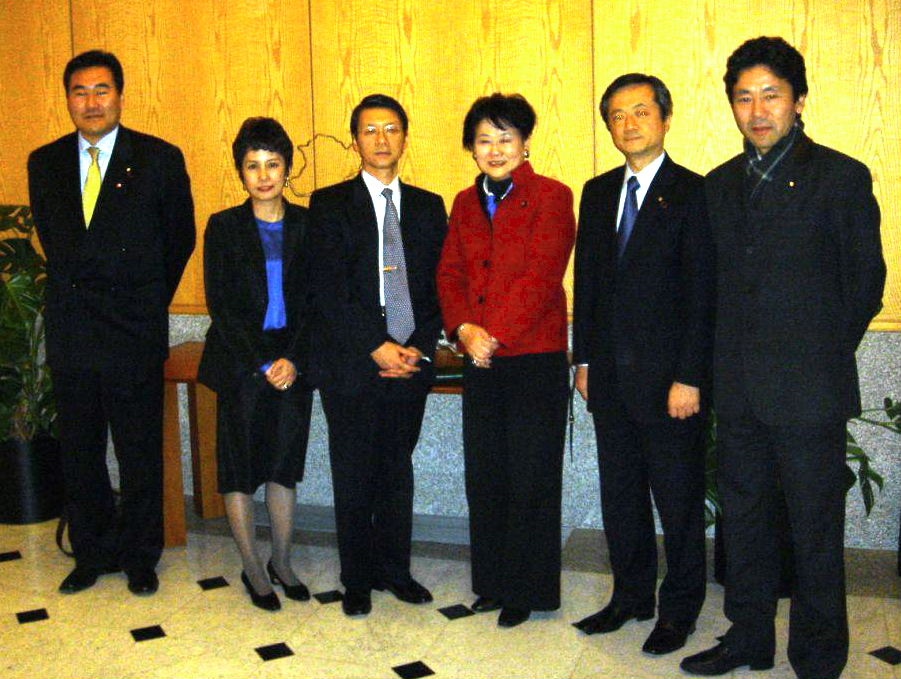 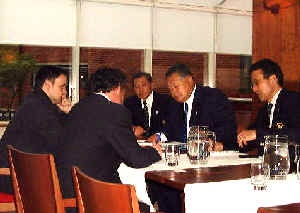 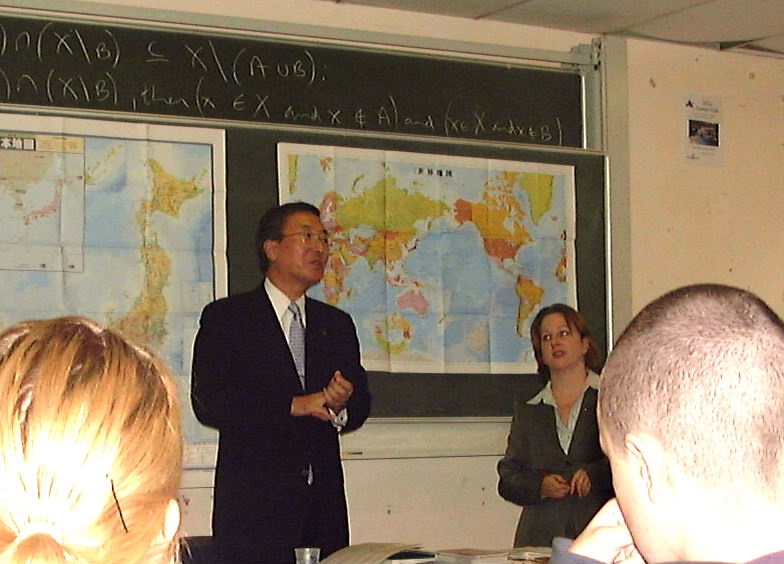 Mr. Masutaka Matsuura, Mayor of Matsue City, Shimane Prefecture, visited Ireland from 1 to 6 October. During his sojourn in Dublin, he met with Mrs. Catherine Byrne, Lord Mayor of Dublin. He also observed city redevelopment projects in Dublin city centre and held a Matsue Promotion Seminar at Dublin City University. Matsue City has enjoyed a long history of friendly relations with Ireland since Irish writer Lafcadio Hearn lived in Matsue at the end of the 19th century.

From 12th to 15th July, Mr. Tom Parlon T.D., Minister of State at the Department of Finance (with special responsibility for the Office of Public Works), paid an official visit to Japan, accompanied by a delegation from the Office of Public Works, including Mr. Sean Benton, OPW Chairman. During his visit, Mr. Parlon met with Mr. Hiroshi Imai, Senior Vice-Minister, Ministry of Internal Affairs and Communications, in order to discuss issues common to both countries, including decentralisation, public private partnerships, and the use of technology in government. On 13th July, the delegation visited the Irish Pavilion at the Aichi Expo 2005 site. 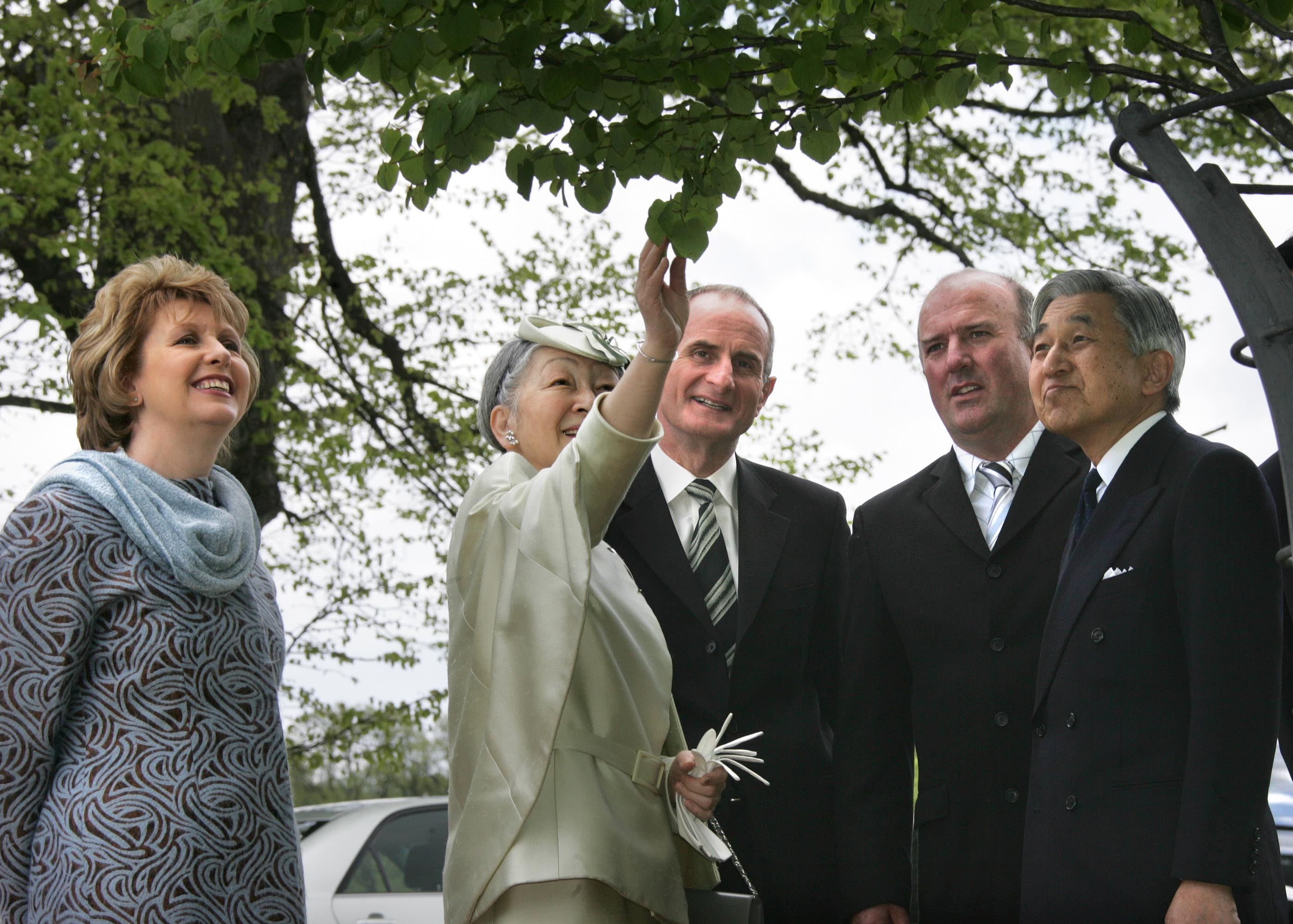 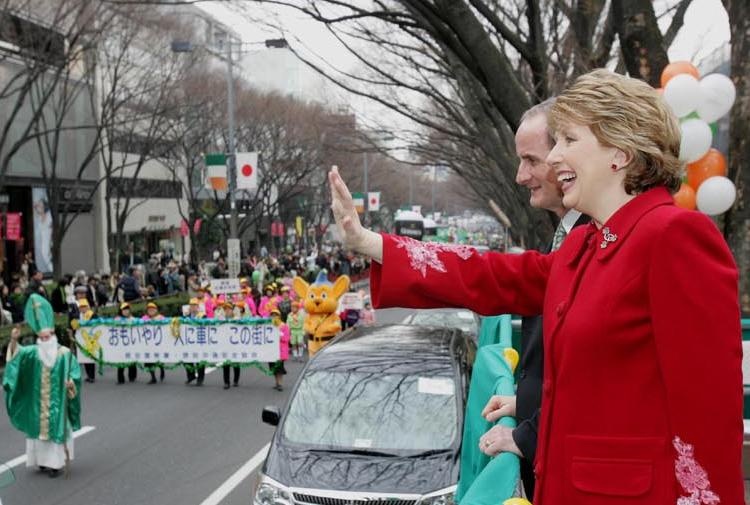 Twenty years after their first visit as Crown Prince and Crown Princess in March 1985, Their Majesties the Emperor and Empress of Japan arrived in Ireland for a four-day visit on 7th May, when they received a courtesy call at Farmleigh House from the Taoiseach, Mr. Bertie Ahern T.D. On 9th May Their Majesties attended a luncheon at Áras an Uachtaráin hosted by the President and Dr. McAleese, and had the opportunity to inspect the katsura tree planted by the Emperor (then the Crown Prince) in 1985. Their Majesties were also guests of honour at a civic reception at the Mansion House attended by various representatives of Irish academic and cultural circles, including Nobel Laureate Dr. Seamus Heaney. Their Majesties also visited the ancient monastic settlement of St. Kevin at Glendalough, and Trinity College, where they viewed the Book of Kells, before departing for their visit to Norway on 10th May.

On 14th March, President Mary McAleese arrived in Japan for an official visit, accompanied by the Minister of State for Education, Ms. Síle de Valera T.D., and representatives of Tourism Ireland, Enterprise Ireland, Bord Bia and the Irish Export Association. The President met with His Majesty Emperor Akihito at the Imperial Palace in Tokyo on 17th March. The President’s busy schedule included a Tourism Ireland launch event held in Tokyo, followed by an address at Tokyo University on the theme of “Ireland and Japan at the beginning of the new Millennium” on 16th March, and a visit to the Irish Pavilion at the Aichi Expo 2005 site on 18th March. The President attended a number of St. Patrick’s Day celebrations including the Ireland Funds Emerald Ball on 19th March where she was guest of honour, and the St. Patrick’s Day Parade in central Tokyo on 20th March.