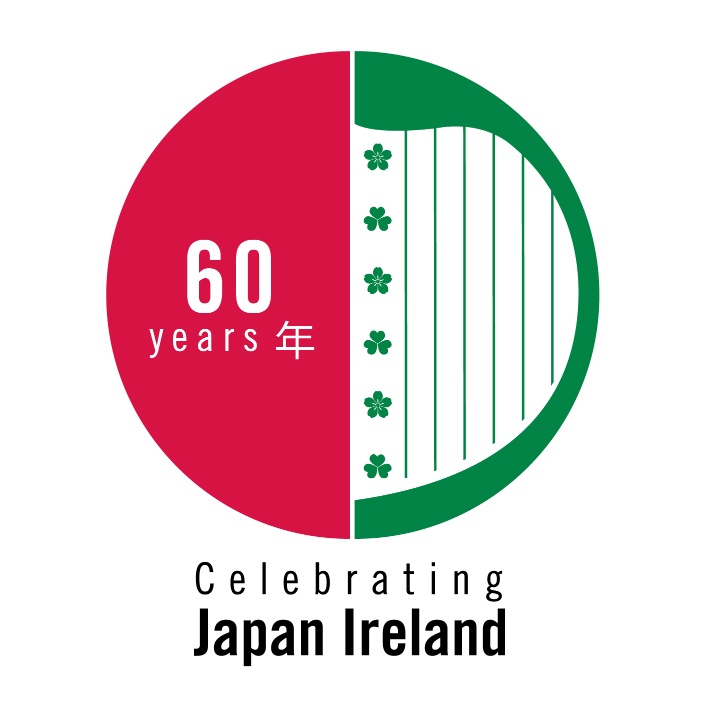 The year 2017 will mark the 60th anniversary of the establishment of diplomatic relations between Japan and Ireland.  As part of the preparations for this year of friendship, a public competition was held to select the official anniversary logo.

Selected out of the 548 entries submitted, the winning design was created by Mr Peter McBride, a graphic designer and photographer who lives in Dublin.  The logo combines images of  a sun and harp, and represents the solidarity between Japan and Ireland.

Mr McBride will be awarded an economy class return air ticket between Dublin and Tokyo (in either direction) by the London Office of Japan Airlines (JAL), in association with the Embassy of Ireland in Japan.